Social media today is a crucial part of our inbound marketing plans. Likes, retweets, and shares can expand our company reach in ways that were hardly thought of ten years ago.  Additionally, phone apps have made posting to social media quick, efficient, and effortless. While convenient, this may also be the problem.

When notable events happen in our business and our daily lives, we often immediately post to social media. As marketers, we often manage many different accounts for ourselves and multiple other companies. Most of the time, we post things properly. But we are human, and mistakes can be made.  The tiniest of mistakes while posting on social media can lead to a firestorm of negativity, bad PR, and backlash for your business.  If something is posted accidently or an inappropriate post makes it online, the key to saving the situation will be how your company and marketing team handle the situation.

How to React After Posting Inappropriately

A quick but thoughtful reaction is key: We have all seen Twitter scandals where there is no comment on the situation for days after the incident.  Recently, the fashion designer Kenneth Cole made inappropriate comments about uprisings in Egypt, which sparked quick negative reactions on social media. Although his post was blatantly inappropriate, he and his marketing team were able to salvage the situation by quickly taking blame for the situation, acknowledging it was wrong, and releasing a heartfelt apology.

Be sure that apologies are linked to all social media platforms: Your Twitter followers may not be your Facebook followers or LinkedIn connections, but it is likely if the mistake was big enough, they will have heard about it, too.  Showing sincerity about the mistake over all company social media will help viewers identify that the apology is true and sincere.

For example, after IAC employee Justine Sacco tweeted inappropriate comments while en route to Africa, the IAC put out an immediate blanket apology via all forms of social media stating that these were the employee’s views and not those of the company.  Sacco’s comments were international news before her plane even landed.  If IAC had not acted in a prompt manner putting out a sincere apology across all social media, their PR nightmare may have been even worse.

Most companies and marketers do an amazing job of quality control for their social media platforms. At the end of the day, as long as the quality control is set up within the company, any mishap that may happen can be handled in a quick and relatively non-harming way.  Remember: we are all human, be sure to respond to controversy in a sensitive, human manner, as well. 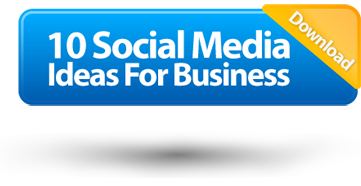 Life After an Inappropriate Post was last modified: July 22nd, 2015 by Lynn Black