Over the past 10 years, international tourism has steadily increased. In 2010, the number of world-wide tourist arrivals reached 948 million, and in 2012, they surpassed 1.04 billion. Tap into the influx of travelers with borrowed concepts from some of the most unique Travel & Tourism marketing campaigns in the world! It’s nothing new, destinations using clever ways to attract visitors to their area, but these methods have either withstood the test of time or have sailed victoriously with the shifting winds of technology. Either way, we can all learn a thing or two from them. Here are a few of our favorites!

Virginia is for Lovers

One of the longest running successful tourism marketing campaigns in the country is Virginia’s famous “Virginia is for Lovers” campaign, which has been making a name for the Commonwealth since its inception in 1969. Some things change, while some things stay the same. And for this acclaimed campaign, they have done both.

While remaining a steadfast representation of Virginia tourism for more than 45 years, the slogan has also adapted with the times. Today, with almost 600,000 Facebook likes, “Virginia is for Lovers” has transformed into a social media sensation as well.  With this kind of timelessness, we aren’t the only ones who LOVE this campaign. Forbes.com deemed “Virginia is for Lovers” as one of the top ten tourism marketing campaigns of all time. As it transcends all aspects of the state’s tourism attractions…the mountains, the beach, the history, and so on, this campaign is applicable across the board.

Follow Virginia’s lead and consider the market of your area’s future. In 1969 it was a time for “love,” and Virginia’s campaign attracted visitors to the state by coinciding with some of the principles of the future leaders at that time. Don’t be afraid to push the limits a little. In 1969 this legendary slogan was considered bold and provocative, but that didn’t stop them.

The Best Jobs in the World

The 2009 Tourism Queensland campaign was so good that it was adopted by Tourism Australia to make it bigger and better by involving most state tourism organizations in an a concentrated effort to promote travel to the entire country.

The idea was to promote tourism to the area by increased exposure through an online contest to fill six year-long job opportunities. More than 330,000 people from 196 different countries around the world expressed interest in the six dream jobs with more than 40,000 video entries uploaded for the campaign.

Content marketing, social media maximization, you name it and the City of Brotherly Love has it down pat! From the introduction of their highly successful hashtag #visitphilly to their Facebook page boasting more than 524,000 likes, Philadelphia tourism has a strong grasp of social media marketing and how to manipulate it to increase inbound website traffic and generate interest. Create a hashtag specific to your area to use across multiple platforms on social media to generate a wider reach of engagement and interest in your destination.

These are just 3 of the hundreds of thousands of travel and tourism departments doing great things with their marketing. Take a few notes and apply them in your own way to improve your department’s strategy. 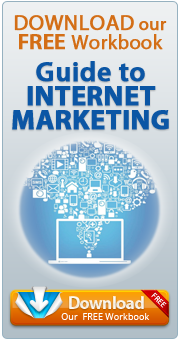