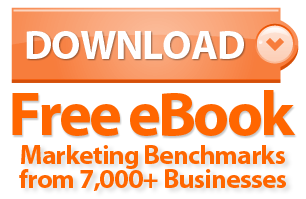 Recently, it was announced that Twitter has hired the former President of Ticketmaster, Nathan Hubbard, as the Head of Commerce. With Hubbard now on Twitter’s team, we will be seeing Twitter move towards adding e-commerce to their offerings.  If you remember, in late 2011, Facebook tried adding an online shopping component to their network but it failed after a few months. From that experience, we learned that merchants and retailers didn’t successfully gain a ROI. Since there were no benefits of selling merchandise on social media platforms, we returned to using social media for advertising and as a tool to broaden our CRM and SEO.

We must admit that we weren’t shocked to learn that Twitter was moving towards adding e-commerce to their features, but we were interested in learning how they planned on SUCCESSFULLY adding e-commerce to their features. Our team at Paveya came across a study performed by L2 that revealed that businesses gained less than 0.25% new customers over the past 4 years from Facebook. As for Twitter, there was less than 0.01%!

In order to compete with sites like Amazon, eBay and Overstock, Twitter needs to stand out. Twitter will already be starting at a disadvantage because Twitter users don’t go on Twitter to shop, they go on there to interact with people. Online shoppers tend to have an idea in mind on what they plan to purchase and have already performed research on the merchandise. In order to evoke a purchase by the users there must be something about purchasing through Twitter that is different and more convenient.

How does Twitter plan on making their online shopping experience different?

Second, Twitter will be monitoring the interests and shopping habits of users which will customize the offers presented. If you are a single man in college, you wouldn’t want to receive special offers for Pampers diapers would you? No. Twitter would filter inapplicable promotions based on your monitored shopping habits.

Third, retailers will have the ability to sell merchandise and services in a tweet! We thought that this feature would be pretty convenient. Say your favorite shoe company is Nike and you are following them via Twitter. When/if they decided to have a special pair of shoes on sale for only $49.99, you would know about it as soon as it pops up in your feed and have an opportunity to purchase it instantly.

This brings us to the fourth way Twitter’s ecommerce will be different: the purchasing process. When a user decided to make a purchase, the checkout will be through Twitter. In the past, people had to click a link that would take you to the merchant’s page to check out. Now, you would be able to buy a product without even leaving Twitter.

The strategies that Twitter will implement will be beneficial and convenient for buyers as well as sellers, but the most important focus at hand is if Twitter will be able to provide a good ROI to retailers. Although social media has yet to be an operative route for retailing we do think that it is possible to become popular. If there is one network to prevail, we think it will be Twitter because of the real-time communications between businesses and customers.

Paveya is a full-service internet marketing agency who is ready to help you start your social media campaigns. Call us at 855-372-8392.

We look forward to helping our customers CREATE leads, CONNECT with customers, and GROW their business.